Capitalism has been stolen; we need to steal it back.

Capitalism has been hijacked. It’s been stolen by politicians and crony capitalists. Crony capitalists use political power instead of competition to gain unfair advantages. People are either born into this “class” or they are sleazy enough to pay someone off to “join” it.

Many of the largest corporations and richest families in the United States, and around the world, are Cronies. And through the actions of many of these organizations and families, through their “relationships” with politicians, they have used a form of “capitalism” – crony capitalism – to harm society and only enrich and benefit themselves and their families.

To make matters worse, academics and, unfortunately, the church, have used this model as an example for what they believe capitalism to be as a whole. They have used this misguided belief to perpetuate the notion that capitalism is evil and that business owners are only looking out for themselves.

Why does this matter?

It matters for 2 reasons:

We are not naive to think that no harm can come from capitalism; it does allow for exploitation and negative impact. But, so do all the other systems. Capitalism, however, has the advantage of being the only economic system to allow business owners to make a positive impact and yet still find a way to take care of their families.

Impact Capitalists are Stealing Capitalism Back 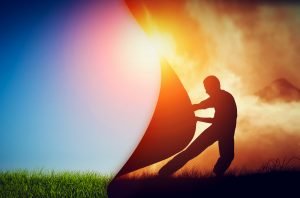 The vast majority of business owners in the world are not seeking to use political influence to gain an unfair advantage. We’re seeking to add value in the lives of others…every day.

We’re not trying to solve the world’s problems (we’ve got enough of our own). We’re simply trying to provide products and services that make life easier, more efficient, and simply, better for others.

And yet, we have no voice.

The business owners that are celebrated tend to be those who are either becoming billionaires, often by phony, crony means, or those who are social entrepreneurs who are trying to fix the world’s social problems, which are often driven by ideology or activism, and not necessarily by what the market is asking for.

But what about the business owners that make up 99% of all businesses…sole proprietors to manufacturers with 450 employees and all in between?

These people can be Impact Capitalists.

This is how we’re stealing capitalism back.

And as long as there are no illegal or political means used, pursing a profit is righteous, both in the scriptural sense and how a surfer uses the word when shredding an epic wave.

And for pursuing both Impact and Profit, business owners – especially impact capitalists – should be celebrated. Because they’re the heroes of this epic battle to Steal Capitalism Back.