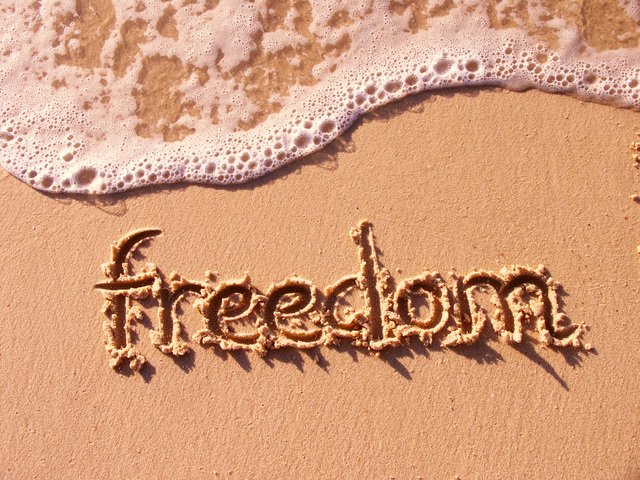 Free markets are linked with a core concept of freedom of choice. But, what does “freedom” actually mean (our philosophical history is rich in literature exploring this concept)? Should I have absolute freedom to do what I wish? Because, I really wish that I can have an unlimited amount of resources without doing anything for it (I have a strong leaning toward laziness – I am just not very good at it). Unfortunately, the market does not share in the need to fulfill my wish. So, what can I do about it? I want it, so should I just go and take it from someone who has it (criminals (and politicians) seem to believe that the answer to this is obviously “yes”)? I can go and steal it from my neighbor. But I doubt that my neighbor would look favorably upon my removing his/her/their/hirs/zirs/xyr property. Thus, my freedom to have may come at the expense of the freedom of someone else to also have.

When presented with the above example regarding my freedom to take from those who have, the natural response is a sort of “yeah, but..” response. Absolute freedom is not a positive situation, because such an absolute belief would seem to support acts of brutality – a move away from more civilized freedoms. In response to the negative aspects of absolute freedom but contrary to rules/regulations, the topic of non-aggression principles (NAP) is brought up. But isn’t the NAP a form of restricted freedom? It may not be government mandated, but the principles define how I should personally restrict my freedom. It may be from informal guidelines or personally imposed restrainers. Yet constraint from absolute freedom it is.

Absolute freedom is a world of anarchy. This is why even freedom loving ideologies realize a need for some form of rules. The debate is not necessarily over whether rules should exist or not. Cultures and societies can not exist without some set of formal and informal rules and regulations. Rather, what is questioned is the 1) quantity of rules, 2) quality of rules, 3) who gets to decide, and 4) who enforces compliance.

Governance structures provide the answer to #3 and #4. And in the United States, that is divided through the Federal and State level (with many parties involved). Number 2 is interpretive. What one feels is a good rule may not be shared by another party. And #1 remains a question of considerable disagreement (what are the optimal number of rules to ensure fair play but not constraining beyond its benefit). All four points are interrelated. We may not be as concerned with the quantity of rules if we felt that the rules made a positive difference and was decided upon a level playing field for all parties. We would (mostly) not be as concerned with enforcement if your rule deviation was just as likely to be punished as if I were to do the same action.

Free markets are not quite about personal freedom, but about free exchange. I can not steal from my neighbor, but I can engage in a transaction where I can trade something of value which I may have for something that is in the possession of my neighbor. An exchange occurs only when both parties feel they gain more than they give up. If any part of the transaction is not conducted in good faith, there are rules, procedures, and enforcement agencies that can be brought in to mediate the dispute. As long as the rules, procedures, and enforcement agencies are unbiased toward any of the actors and act in accordance to the constraints in their powers, the disagreement can be addressed (See a sport analogy of this concept here).

Along with most participants in a Democracy (really, a Republic), we engage in dialogue about our positions and evaluations of the quality and quantity of rules and regulations needed in our society. We balance freedoms with social rules. Economies are strengthened by buyers having a choice in what they buy. Sellers are incentivized to find products and services that are wanted by buyers. These engagements do not need regulator interventions. Free markets are made up of millions of such interactions per day.