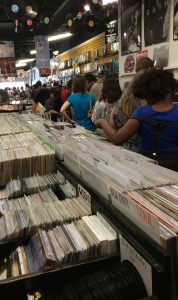 I write this post as concerns of a trade war are brewing between the United States and China (early 2018). The rhetoric being pushed out by the United States (among many other activist actors) is that current agreements are not free and fair. This post is not about trade wars. Rather, I want to explore the two core perspectives used in this specific economic argument: Free and Fair.

As discussed elsewhere, we at IC believe in a (mostly) free market. Free, in our conceptualization, means that individuals, companies, and yes, even countries (although we wish there was less of this), are free to pursue their interests as long as they do not cause deliberate harm to others. Agents negotiate to achieve their wants and desires (not through demanding what they deserve). If the terms of an agreement are not to one’s liking, they are free to reject the deal and go elsewhere (providing there is competition). Upon achieving an agreement, then the trade is conducted to mutual satisfaction.

In the above view, there is no compulsion to accept a deal. The buyer seeks to get the best price possible (or, the cheapest), while the seller tries to maximize the amount they receive. Both are acting in a selfish manner (and that is ok). The price agreed upon would be considered the fair price for both parties. To get to an agreement, the seller needs to provide something that the buyer desires enough to give up something of value in exchange (such as cash).

Note that the fair price is the one where parties reach agreement (not through coercion, government intervention, or activist demand). Prices are not dictated by costs of production nor the belief of self-appointed justice ministers (or the social justice warriors). The price is set upon perceptions of value.

I am going to give an illustration that may be more simple than global exchange and treaties. I will bring us into a simple record store (remember the LP? They made a comeback and are exchanged in the marketplace). 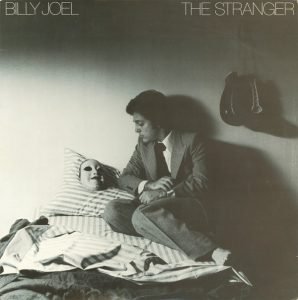 A debate is raging on a popular music website on fair prices on a variety of second-hand used LP records. The case is of a record store dealer selling a copy of a popular Billy Joel album from the 1970s. The store is charging (and getting) USD$20.00 for a nice clean copy of the LP.

Fairness from a Free Perspective

The price is fair because both parties agreed to the terms. The dealer made a profit (this is oversimplification, as other costs of a brick and mortar shop are not in play). The buyer can go home and happily jam to the tunes. If the price was too much for the buyer, then they could have walked away and shop elsewhere.

Fairness from a Fair Perspective

The fairness group are upset that the record store dealer is overcharging his (in this case, the dealer was a male – no micro-aggression intended) customers for the record. They claim (followed by my response) that it is unfair for the following reasons:

Free and fair are two independent perspectives. The outcome evaluation of fair value varies based upon your adopted perspective. Fairness in economic terms are different than fairness in moral or psychological terms. The fairness perspective suggests that items have some real tangible objective price. The trick is determining who knows that objective price (the government readily steps in to take over central planning and price controlling initiatives). I am unfortunate in that I do not have a magic wand that I can wave to get a “true” price. Also unfortunate is that when I ask to see the fairness warrior’s wand, they can’t produce one either. Thus, I feel that absent this wand, we should focus on free trade vs. fair trade justice. If you do not like a deal, then don’t take it.

Whether you are buying a record, attending a university, taking a job for a certain salary, or negotiating global trade, what you are willing to pay (because you perceive the value is greater than the cost) combined with what the seller is willing to take leads to fair trade value. No one should be forced to accept any other alternative.