-it seems like everyone else is already doing so. 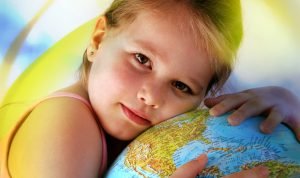 Well, guess what – I don’t want to change the world. At least not as a deliberate agenda. I want to help people. My righteous path is in growing human and intellectual capital – personal growth as well as helping others. I believe that my efforts improve the lives of others. If the world  happens to change because of what I do, so be it. But it is not my righteous path. I am not put here on this world to change it.

As I write this, I am already tired of world changing (at least writing the words). The point is that we are placing too much emphasis on some utopian notion that we need to drive grand plans built upon (often unrealistic) ideological conditions. What ever happened to the much simpler and more effective slogan to “think global, act local?”

Making a meaningful difference in the lives of others does not need a conquest-like mindset. If we would create value adding businesses that generate impact and profit, we can feel proud that we are doing well by doing good. And when we have thousands upon thousands of such actors engaging in a (mostly) free-market, then we are changing the world. But not through coercion, ideology, regulations and force, but by leaving the world a better place than we found it while taking care of ourselves and our families.

And that is what most business owners do. They do not need to go out and change the world – they are already making a meaningful difference. And that changes the world.