Those who know me would say that I enjoy a good argument. I do not enjoy arguing (arguing and argumentation are not the same thing) or screaming at each other. Nor do I seek a battle of contradiction or elevated restatement of positions. I like to debate ideas. I enjoy exploring alternatives. An idea challenged and defended has a stronger basis of support, while an idea easily refuted may need modification if not even ideological change.

I write this cautiously, in that a defended argument does not automatically make it right (too many political activists start with the right idea, then assess arguments). The concept of “right” may make sense in the hard sciences and mathematics, but not in business, politics, or lifestyles. “Rightness” suggests only one right answer. But the world is made up of endless possibilities. “Wrongness” can be identified. For instance, leaving a building from the 100th floor window would be wrong. But right is impossible to assess, as there are also many other alternatives that were not pursued which may have been more “right”. The concept of equifinality will be explored elsewhere. In the meantime, equifinality means that there are multiple pathways to achieve a goal. There is no one right way; rather, there are multiple options with related implications and consequences. 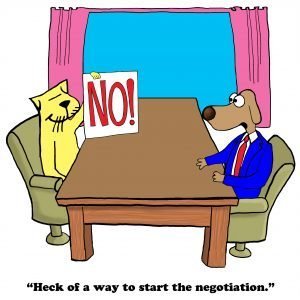 I see too many professionals/politicians/officials/business owners/activists insist that they are problem solvers. They come in and assess the situation (many do not even do this). They then will tell you the “right” thing to do. They have “the answer!”  That is quite a skill to have – to know exactly what is “right” and concluding that all other possible options/ideas/positions/actions are wrong.

Ironically, the idea of the Advocatus Diaboli has its roots in the early church. Advocatus Diaboli is about thinking. It is about exploring ideas. I DO NOT have the answer – I just appreciate the problem. It is commonly suggested that every organization has someone who can take a counter position and also examine situations and implications of proposed alternatives. Sadly, while having such a person is wise counsel, it is not often put into practice (hence the domination of “yes men”).