Who speaks for the capitalists? 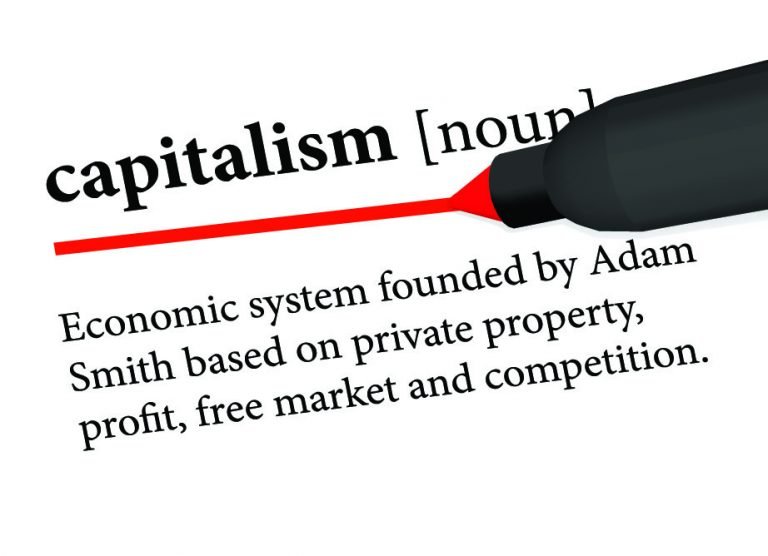 Capitalists may not be the best to advocate for capitalism. While we are great operators and supporters, are we the best at fighting the good fight?

Let’s face it – Capitalism is under attack at all levels. So who best to fight for a market based perspective? According to Robert Wenzel, it’s not the actual functional capitalists. While we may be very good at bringing innovations to markets and serving the needs of customers (working in the system), this does not make us experts in economic and political conversations (understanding the underlying foundations of the system).

Many business owners have chosen to actively work AGAINST the market system by getting involved with the political system (the Cronyists). We are seeing a greater number of “captains of industry” taking political stances to gain political (and activist) favor. Through sheer hubris, they seem to think that they are able to deal with/control people who have no problems rolling over anyone in their way.

The insanity of power-seeking CEOs linking with other power-seekers is not capitalism.  They go on the talk shows as proponents of capitalism – and then destroy the essence of market systems by advocating for some warped view of stakeholder capitalism or some other buzz-reframing.  Unscrupulous business owners argue that business is responsible for social change. And many just use the current woke standards to crush upcoming innovators that threaten their own businesses.

Another big problem is that schools are not honestly teaching capitalism or other alternate economic models. I have taught at a few business schools. I am amazed at the number of business students who are anti-capitalists. But today’s “education” is indoctrination. Everything is good/bad. If something is not all good, then it must be bad. But the fact that schools only teach the negatives of capitalism (and lets face it, capitalism is not all sweet candy and flowers) but not the negatives of the other models (and boy are those negatives so much worse that capitalism), we have a very naive “educated” population – even entrepreneurial oriented students.

So if we are not adequately armed as business owners for this fight, what should be done? Robert advocates for some elite super-influencers to do the lifting of fighting for capitalism. While this is an interesting perspective, it still puts power into the hands of some self-appointed elites while we act as spectators. We believe a more active approach is stronger for this fight – such as increasing our own understanding. We support an Impact Capitalist community working together to stand up to the anti-capitalists/statists while also going on with our impact ventures.

Check out the video link below – it is part of our own self-education to be better capitalist advocates.

Why Capitalists Will Never Save Capitalism

Pre-qualify your next customer, client, or patient

Always say yes – as long as you get that client. I have fallen victim to professionals who tell me that they, of course, can help me with my situation – just to find out that they had no clue. Now I don’t mind a generalist that actually can execute on the promise. But oftentimes, the results are substandard as the professional does not actually want to do the work.

But let’s flip this around. As a professional, do you want to always do what the client wants done? Is it ok to say “sorry, that is not in my wheelhouse”? Or better yet, should we accept anyone who walks through our doors as a customer or client? Don’t we all have a type of person/business that is more annoying than it is worth?

I often talk to doctors who have patients that the doctors know will not actively take their advise or recommendations. They tell them to exercise, lose weight, change their behaviors, or treat themselves better. But they know that it will not happen (see next story that may explain some of these failures). Why is a doctor locked in to a patient relationship just because they walked in through the door? Can a doctor say “thanks, but I’m not your type of doctor”? Doctors are shocked by this idea. But I also see that it quite appeals to them as well.

Karen Swim offers a few tips on pre-qualifying  customers. My partner and I are working with doctors on this very topic – pre-qualify patients to see if they can have a good working relationship in health management. Read Karen’s article below.

Is That Client Worth Pursuing

Whatever you say, I’ll go the other way

As a graduate student, I was tasked with helping the state of Michigan (through Michigan State University) assess their (then new) Click It or Ticket law. I would take students to wonderful areas (such as rest stop on highways) to play messages to get their reactions. It amazed me at the number of negative comments we received. It was not just the content and “humor” of the ads – people were reacting against the perceived restriction of freedom within the law.

It is estimated that as many as 25% of us are high in psychological reactance. We do the opposite of what we are told to do – regardless of whether we agree with the position advocated or not. We do this to restore a sense of freedom. This is something to keep in mind to all the self-proclaimed saviors out there telling others how they must live their lives. But this is also relevant to how we act as leaders/managers/co-workers.

Nir Eyal looks at how we might be triggering reactance within ourselves! Mentally talking to ourselves of what we HAVE to do may be just the wrong approach to actually getting things done. He offers some tips in the article.