We hear a lot of rhetoric against wealth and the 1%ers who possess wealth. An Impact Capitalist question is: how did we go conceptually from the existence of the 1% of wealth holding individuals to be evidence that capitalism is evil and should be dismantled immediately? Is it the correlation between wealth generation/holding and the capitalist system? And is it the correlation (thus causation) between capitalism and people who do not have wealth? Have we really returned to a level of scientific unreasoning where correlations are believed to illustrate causal factors?

Yes. There is a completely reasonable correlation between capitalism and wealth/value creation. And this is a greater good (regardless of what activists and socialists may claim). 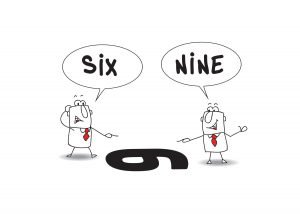 Now, there are lies, damn lies, and then there are statistics. We know that average can be mean, median, or mode. What we mean by average has huge implications – and activists will shape these statistics any way they please to prove their “causal” claims. Likewise, the other side will conveniently choose different unarguable statistics to prove their position to be true.

We are not going to go down the path of wealth inequality debate. However, we are going to make a claim that may shock the anti-capitalist group. We at Impact Capitalist are also against the 1%ers. But we do not attack capitalism, as capitalism is not the culprit here for the great inequalities. If anything, capitalism offers the greatest good for the greatest number of people. It is not a perfect system, as there is no perfect system. But it is the only system that both addresses the realities of human nature while also elevating the human spirit for the pursuit of life, liberty and happiness. Note the pursuit, not the guarantee.

Capitalism is not about social justice. It is not about addressing inequalities. Creative destruction is a real consequence of capitalism, and a necessary part of innovation and societal advancement. But when we have corporatist-government collusion that distorts our markets, then we get skewed outcomes that benefit the few. Fortunately, the cronyists make up a small percentage of capitalists – and they are not impact capitalists. And not every wealthy individual or 1% wealth holder is a cronyist! While we do not have any solid evidence (who needs evidence these days for a nice chantable quote), we think that these cronyists make up only one powerful percent (or less) of the entrepreneurial population. And we also are against the 1%ers.